How to Save Thousands of Dollars With the Employee Retention Credit

IRS offers further guidance on ERC, even as Congress may end it soon

He isn’t alone. Many qualified businesses aren’t claiming the employee retention tax credit, a pandemic relief measure worth up to $28,000 a year per employee kept on the payroll. Without congressional changes, the clock will run out Dec. 31 on their ability to get the money.

“The difficulty here is that here are a lot of new concepts smashed together,” said Christopher Migliaccio, senior manager at PKF O’Connor Davies LLP. “So taken individually, they can be straightforward, but taken together it creates an overall feeling of the program that can be very confusing.”

Congress created the employee retention credit early in the pandemic in the March 2020 relief law (Public Law 116-136) known as the CARES Act.

Many large corporations reported big savings in 2020 thanks to the credit. Spirit Airlines recorded $35.8 million in credits over a nine month period from April 1 to Sept. 30, 2020, while Best Buy reported $81 million in employee retention credits in the first nine months of fiscal 2021.

But smaller businesses initially faced a choice: they could either pursue what was then a smaller tax credit or opt for a forgivable loan under the Paycheck Protection Program. Most chose the latter, according to tax professionals.

But two subsequent pandemic relief laws increased the value of the credit, removed the either/or requirements between it and PPP loans, and extended the program through the end of 2021. The new laws, however, also added to the confusion in determining whether a business qualifies and how to take advantage.

To qualify for the credit this year, business owners have to show they were hurt by Covid-19 by providing evidence either that revenue was down by 20% in any one calendar quarter or that their business was nominally affected due to the government shutdowns. In 2021, companies can receive up to $7,000 per employee per quarter—or $28,000 a year— based on qualified wages.

Calculating gross receipts to prove qualification is one part of the problem, said Migliaccio, as is the “subjective” nature of proving that a shutdown hurt business.

“If you have a fact pattern that is even the slightest bit complicated, like maybe you have a fuzzy argument for a government shutdown order, or have challenges going back through the gross receipts,” it is much harder to apply, he said.

Another complication is the program’s rules weren’t written anew by the IRS as the law changed, creating a patchwork of policies, he said.

“You’ll hit points where something doesn’t seem logical, but this is how the rules are applying,” he said. “It’s not intentional, but it’s just the way things are.”

Though Sunternal was deemed an essential business and allowed to restart work on projects early in the pandemic, Little said the company faced financial challenges and a completely new sales landscape.

“Financially it got a little bit nerve-wracking,” he said. “At one point my partner and I said, ‘Worst thing happens, we can go back to selling solar panels ourselves.’”

Sunternal applied for multiple forms of stimulus relief, including a pair of PPP loans. While the employee retention tax credit ultimately provided his company “huge” relief, he almost didn’t apply for it because of the complexity, Little said.

Kristin Esposito, director for tax policy and advocacy for the American Institute of CPAs, said initially the PPP loans “were a better deal” for many companies. The PPP facilitated more than 11.8 million loans worth a total of nearly $800 billion, according to Small Business Administration data.

Later in the pandemic, Congress aimed to make the employee retention credit more robust to attract participants, opening it up to PPP loan recipients in December 2020.

“That’s when it really exploded,” Esposito said. “That was a big boom in taking the credit.”

But a lot changed in a short span since the first pandemic relief bill in March 2020. And a lack of awareness of the final version of the tax credit has played a part in its relatively low use, said Jay Woods, founder and CEO of Omega Accounting Solutions in Laguna Niguel, Calif., who helped Sunternal navigate the process.

The employee retention credit “is way bigger than PPP, and people just don’t really know about it,” said Woods.

Among 526 small business owners surveyed by the National Federation of Independent Business in March, 42% said they were at least somewhat familiar with the employee retention credit, up from 36% in late January. But only 17% said they were planning to take the credit in 2021, which was still up from earlier numbers.

“The main obstacle appears to be that small employers are not fully aware of the program’s immense benefit,” NFIB researchers wrote in explaining the polling results.

That lack of awareness could mean companies are leaving a substantial amount of money on the table because the numbers can add up quickly, Woods said.

Woods said an electrical business he works with employs around 150 workers. In the first quarter of 2021 the company received $600,000 in employee retention credits. For the second quarter, the company filed for $956,000 in credits.

“For them, this is like air,” Woods said. “They really needed these funds to stay in business.”

As more businesses navigate the new stimulus credit, practitioners are calling on the Internal Revenue Service to provide clarification. However the agency, already operating with more tasks than resources, is falling behind, they say.

The IRS has said it is very behind in processing amended payroll returns, which is how most businesses are applying for the credit, said Migliaccio. The original timeline estimated a check could be arriving four to six weeks after a company filed, he said, “but that is absolutely not the case right now.”

In March the agency issued guidance for businesses on how those that received PPP loans could now qualify for an employee retention tax credit.

But the American Institute of CPAs noted several areas of confusion in a February letter to the IRS, including whether wages paid to S corporation owners and their actively employed spouses qualify for the credit if all other requirements are met. The accounting group also questioned whether the proceeds of forgiven PPP loans need to be included in gross receipts for the qualifying revenue test. Several tax professionals said those questions remain unanswered.

A spokesman for the agency declined to comment on the record on whether future guidance was in the works.

“Half think those wages do qualify and half don’t,” she said. “IRS and Treasury are working to figure that out.”

Another area where clarification is needed is on how to count grants from local governments or organizations, said Annette Nellen, who directs San Jose State University’s graduate tax program.

“If given to a sole proprietor, is that a self-employment situation?,” she questioned.

Nellen predicted these issues are likely to linger and could come up during an audit.

For small businesses especially, the consequences of getting it wrong could be serious. If a business claimed a credit it wasn’t entitled to, it would have to pay that money back along with an interest penalty, she said.

“I don’t blame the IRS,” Nellen said. “They are so overwhelmed with all they have to do.”

—With assistance from David Hood. 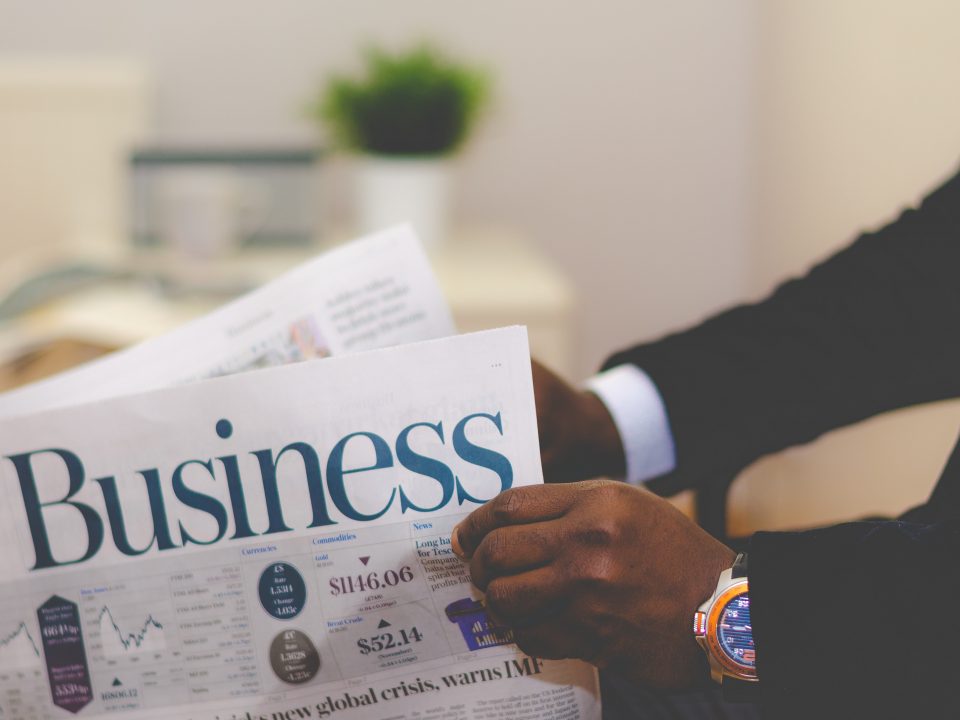 Omega Accounting Tops the List of Fastest-Growing Companies in 2022 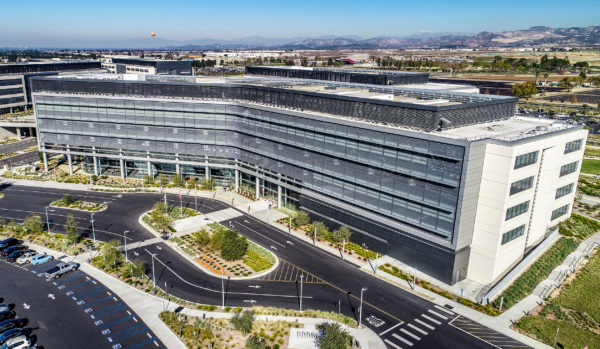 Omega has moved to a new home! 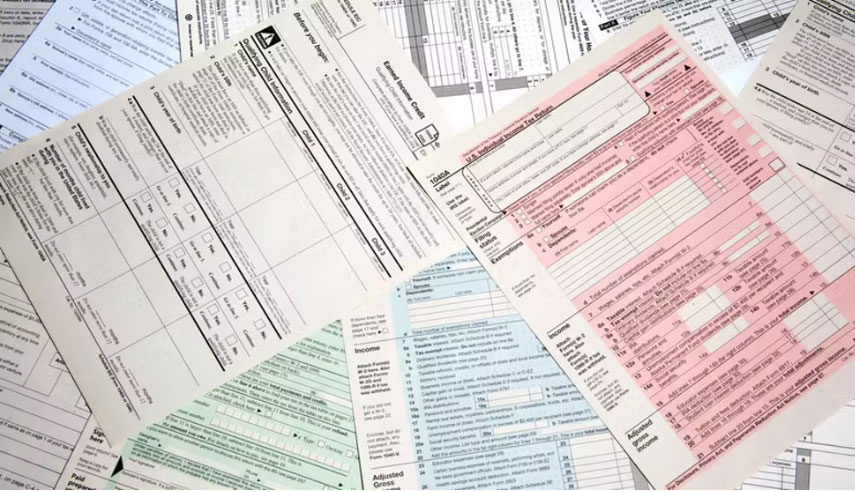 What the tax credit is, and five reasons why small businesses should think about applying.

Should You File for the Employee Retention Credit?